Ensuring that your hands are free while lighting the path on your next adventure is a must. A flashlight will come in handy here, but a more comfortable and convenient option is a head torch. When you’re out at night on a planned adventure or the opposite, a head torch will become a very important part of your kit.

No matter the kind of adventure you want to partake in, a head torch will be essential especially if the adventure involves night time activity.

Below is a list of the best head torches for backcountry skiing, so when you are gliding down the slopes and there’s a sudden weather change you’ll have a head torch that will meet your needs.

A particularly great feature of the Actik head torch is that it has tow lighting options – red and white light. Both are very suitable for lighting up dark paths on your adventures.

The red light is a handy extra to have as it can be used for night vision, can show members of a group where you are and will not blind people in the group. 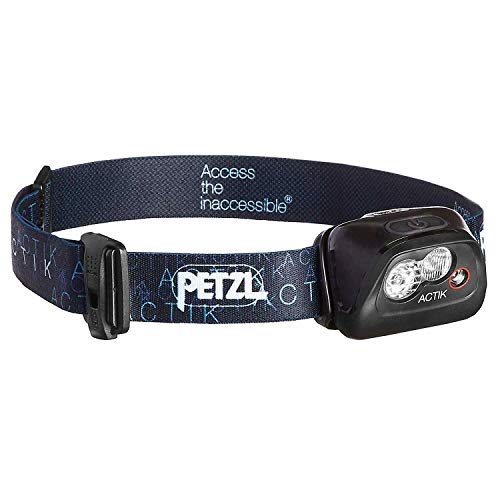 With this Petzl Actik head torch, there are several lighting options available to choose from – which includes low, medium, high and strobe – skiers can decide to select the appropriate amount of light that is needed for their specific environments without it being too light or too dark.

This head torch is very comfortable to wear while doing a plethora of activities like walking, running, skiing, hunting, camping, climbing, cycling, among others. With it, you have both your hands free to do other things without any fuss.

It has two different push buttons that are used to select red or white light. You can instantly set the particular amount of brightness you want without having to cycle through the modes. This also applies to when you need to turn it off. All you need to do is click the button.

This head torch has a long lasting battery and its battery life will depend on the setting that was selected. As with Hybrid head torches, this Actik head torch comes with 3 standard AAA batteries and can also be recharged.

For the white light, it has four different modes – high, middle, low and SOS flashing. As for the red light, it has two night vision modes – strobe and steady. It is very versatile as it can also be used as a desk lamp or waist lamp.

The Actik headlamp has an adjustable headband than can tilt down to focus its beam on where it is needed. It is IPX6 waterproof and its beam angle can be adjusted up to 70 degrees for a close-up detail view.

As well as being suitable for backcountry skiing, this head torch was designed in such a way that it is safe and fun to use while working or playing outside. It has a head that is rotatable up to 120 degrees and is also meant to control the beam. 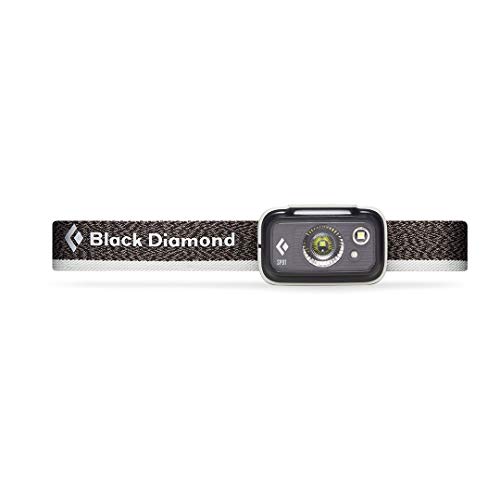 This head torch can be used in the snow. Its waterproof switch is so high quality that it can safely be used when it is raining. Water can enter the battery compartment without affecting the function of the head torch.

With this head torch, it is easy to change focus from a broad lighting to a narrow one, just by using the ‘Powertap’ function. One touch of its button will turn on the head torch and a second touch or click will put on the strobe function. It also has an ability to focus each of its lenses separately according to the demands of the user.

One particularly amazing and equally considerate feature of this head torch is its red safety light that is located on the back of the torch. This will provide locational guidance for people skiing or even cars that are behind you.

The battery of this head torch can last up to 3-8 hours – depending on the LED brightness being used. It will take 6-8 hours for this torch to be fully charged. Also, it’s advisable not to use this head torch while it is being charged.

With bright light that can easily be adjusted and focused individually, this particular head torch is very suitable for advanced skiers.

This head torch is very easy for skiers to use. It has 3D moulded housing that can flush against your forehead.

It has an all-in-one look to it with moisture-wicking fabric helping to keep you cool. 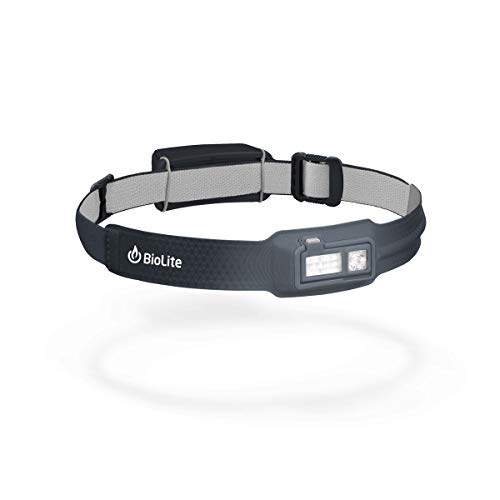 They can press the normal switch and choose between its red and white light. This ensures that it is always easy for any skier to control this head torch – even when putting on bulky gloves.

The Biolite head torch comes with an in-built battery that can be recharged directly with a USB cable. The torch also has a charging indicator that allows its users know exactly where the battery level is, thereby making it easy to control its charging time.

At 69g, the Biolite head torch is the lightest on the list so far.

It has five different modes – low, high, red, red strobe and SOS. These will be enough to meet the various needs of a user’s surrounding. With its 1200 mAh battery, this head torch will last for a considerably long time.

It also has a brightness of up to 330 lumens which makes it remarkably bright. It possesses a swivel ability of 60° – meaning you can rotate it to shine in any direction you want. This head torch is also lightweight and its elastic headband is comfortable to use, adjustable, durable and washable. With its waterproof nature, this torch is protected from sprayed or splashed water. It is a head torch perfect for fishing, skiing, camping and a host of other activities.

Not only does this head torch provide an impressive amount of power and lighting, it is also easy to use and charge. This makes it a great option for people who love to ski in the dark.

It provides a lumen output of 2000 lumens. It has five different lighting modes. Its white and red lights are really good to use. The inbuilt strobe and SOS modes have also being designed for safety.

It has a high capacity battery and also comes with a USB cable meant for direct charging. This inbuilt battery can offer over 2½ hours of bright lighting per charge.

Powered by 2* 18650 Rechargeable Batteries, could last working up to 4-6 hours under full charge), and USB charging cable enables you to recharge from any USB Device.

It has an elastic headband that was ergonomically designed which ensures that it is comfortable to wear for long periods.

Apart from it’s low price, one good thing about this Cobiz head torch is its battery life. It has a remarkably long life and will last long after every charge. Also, its multiple lighting modes will offer a lot of flexibility over lighting options. 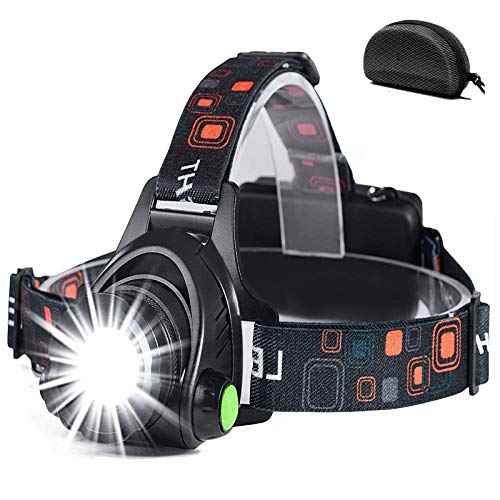 It comes with three LED bulbs that deliver an incredible 6000 lumens. This will ensure that users can see very clearly in the dark. It is also accompanied by a bright red light on the back meant for safety. This ensures that other skiers can be able to see you in front of them.

Its headband is super adjustable and will provide utmost comfort. It is a sturdy head torch that is also water resistant. The LED bulbs are fixed to a pivot mount that enables users to point the light up to 90° in any direction they want.

With this head torch, you can completely control the beam from a 180° wide lighting space to a narrow long distance – all with a single adjustment. Users can choose from the torch’s four modes depending on their environment.

Things to consider when getting a Head Torch for Backcountry Skiing

Granted, head torches are not designed to be able to survive being dipped in water for long periods. However, it is important that a skier’s head torch is able to withstand being exposed to snow and water. No matter how experienced a skier is, he/she can fall without any warning. That is why it is important that their head torches can survive water exposure. It can also start to rain when a skier is on the slopes, so this should be considered.

Almost every company will list the average battery life of their head torches. This is something skiers need to take into consideration when they decide to shop for head torches. They need to consider whether or not the light is regulated, the guaranteed runtime of the head torch on a certain lumen level and whether the maximum beam distance over the lifespan of the battery is listed.

Even though heavier head torches produce stronger lighting, they may offset a skier and negatively influence their ability to ski on snow. So, it’s advisable to strike a balance between a heavy and comfortable head torch. 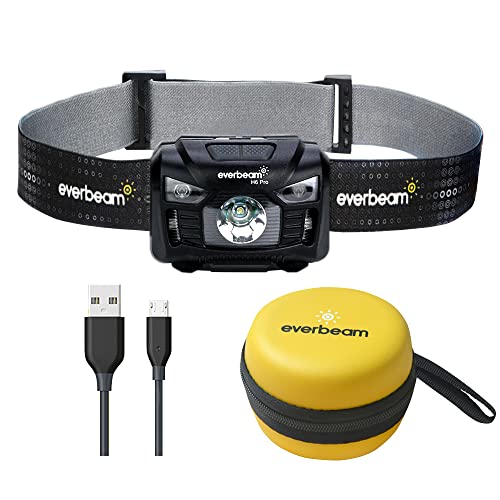 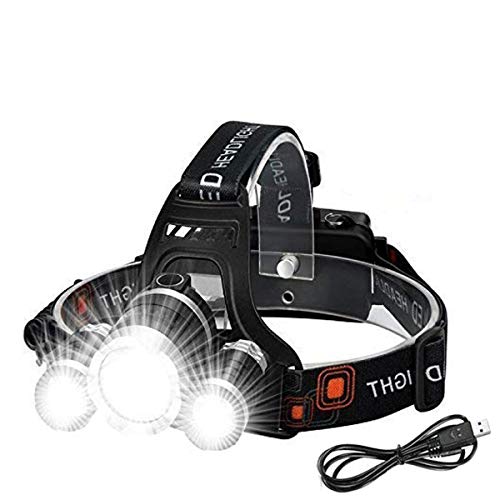